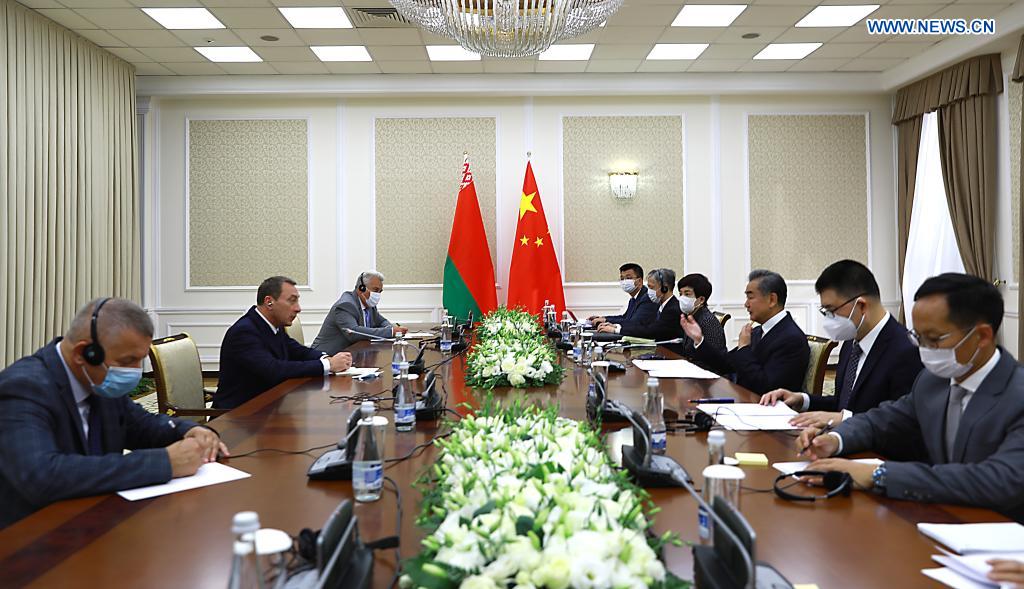 The meeting between the representatives of China and Belarus was held in Uzbekistan’s capital Tashkent. On that day, Wang Yi also met with Uzbek President Shavkat Mirziyoyev and Foreign Minister Abdulaziz Kamilov.

The head of the Chinese Foreign Ministry said that China and Belarus are “ironclad” friends. He stressed that the People’s Republic of China (PRC) and Belarus have a beautiful tradition of supporting and helping each other. He assured that the China will endeavor to provide support and assistance to Belarus in the face of difficulties.

The Minister of Foreign Affairs of the PRC said that China strongly supports Belarus in protecting its state sovereignty and national dignity. Moreover, it opposes reckless unilateral sanctions against Belarus and interference of external forces in its domestic affairs, as he put it. Additionally, he reminded that Beijing will continue to deliver vaccines to Belarus in order to help this country overcome the pandemic as soon as possible.

Snopkov congratulated China on the 100th anniversary of the founding of the Communist Party of China (CPC) and the completion of building a moderately prosperous society. He added that Belarus strongly supports China and that it will always stand by it, as far as China’s fundamental interests are concerned. Minsk is ready to cooperate with Beijing to counter practices of “pseudo-multilateralism” that attempt to create divisions globally.

The relations between China and Belarus are consistently good. During the 2020 protests in Belarus, Beijing supported Lukashenko. At a press conference held on August 19, the spokesperson of the Chinese Ministry of Foreign Affairs Zhao Lijian stated that the PRC “respects the Belarusian people’s choice of development path” as well as supports its sovereignty and independence. He also said that “we don’t wish to see chaos in Belarus.” The spokesperson added that China is against the attempts of “foreign forces” to divide Belarusian society. This fits well with the rhetoric of Beijing, which often recalls external, usually Western, efforts of destabilization.

In December 2019, Beijing granted a direct loan of $500 million to the government in Minsk, which rescued Lukashenko from economic distress. In 2019, the trade between China and Belarus amounted to only $4.1 billion, accounting for around 6% of the value of Belarus’ foreign trade. Furthermore, the PRC has supported Belarus in the fight against the pandemic. This May, Beijing delivered 300,000 doses of Sinopharm vaccine and 300,800 syringes. Despite higher expectations of both parties following the efforts to date, this multi-faceted cooperation will continue to be developed.