It was just on April 5 that Western countries ejected a total of 150 Russian diplomatic staff members. Recent days saw the mass expulsion of Russian “diplomats”––most of whom are intelligence officers––from Western states after Russian war crimes had been revealed in Bucha, Ukraine. Other European nations began to expel Russian operatives just after the war broke out. Since February 24, around 400 Russian diplomats have been asked to leave their postings. And more expulsions will follow. 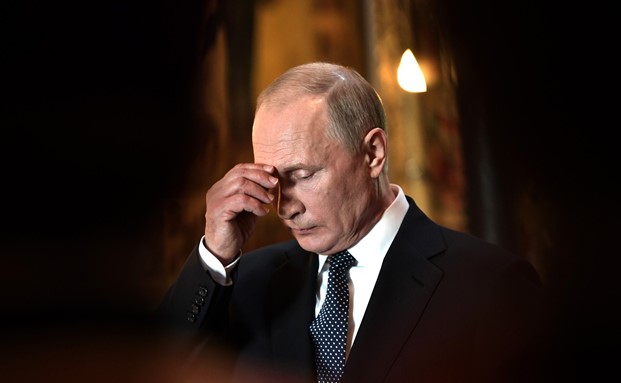 On April 6, Greece also announced that 12 members of the Russian diplomatic and consular missions were now personae non gratae for their actions incompatible with diplomatic status. Three Russian diplomats accused of conducting the like activities have been expelled by Norway on the same day. The day before, Romania later said it would expel 10 Russian diplomats, also citing actions that “contravene the diplomatic status.” Estonia announced that it would shut two Russian consular outposts in the cities of Narva and Tartu and would expel 14 staff members, among them seven diplomats. Latvian authorities made a decision to kick out 13 Russian diplomats and to shut down Russian consulates general in Daugavpils and Liepaja. On April 5, Sweden said it would eject three Russian diplomats for spying. Earlier Sweden’s intelligence service SAPO said that one-third of Russian diplomats were in fact spies. Italy declared 30 Russian officials personae non gratae, while Spain said it planned to expel 25. Still that same day, Joseph Borrell, the EU’s chief diplomat, announced in a news release that 19 members of Russia’s Permanent Mission to the EU were asked to leave in connection with activities that are contrary to their diplomatic status. Portugal required Russia to reduce its embassy staff in Lisbon by 10 amid their “engaging in espionage activities that are adverse to national security.” On Tuesday, April 5, Slovenia kicked out 33 of them. Denmark raised the tally by another fifteen. On Monday, April 4, Lithuania said that it downgraded the country’s diplomatic relations with Russia and ordered Russia’s ambassador to leave Vilnius. The Baltic nation also closed the Russian consulate in Klaipeda. France ejected 35 staff members, while Germany and Ireland––40 and four, respectively. Since Russia invaded Ukraine on February 24, Western countries expelled a total of more than 400 Russian diplomats and staff members. Poland expelled 45 Russians with diplomatic status accused of spying, which was the most of all Western states. Several consulates were closed while SVR, GU, and FSB residencies are now short of personnel. Such moves deliver a blow to Russian officers in European countries. This is now particularly important as amid escalating tensions with the West and the war in Ukraine, Russian “diplomats” were involved in both gathering intelligence and recruiting new sources while seeking to create groups tasked with staging provocation and acts of terror. They pose a direct threat to Ukrainian refugees in European countries and carry out disinformation campaigns.