Black Clouds Are Gathering Overt Putin’s Chief of Personnel

Recent arrests on corruption charges of top functionaries in the Interior Ministry’s Main Economic Security and Anti-Corruption Department have meant that the influence of Yevgeny Shkolov, a high-rank Kremlin official, has come to an end in the said ministry. His position has been getting weaker for the last two years. An extremely severe sentence in the Sugrobov’s case may even be a forecast of Shkolov’s dismissal. 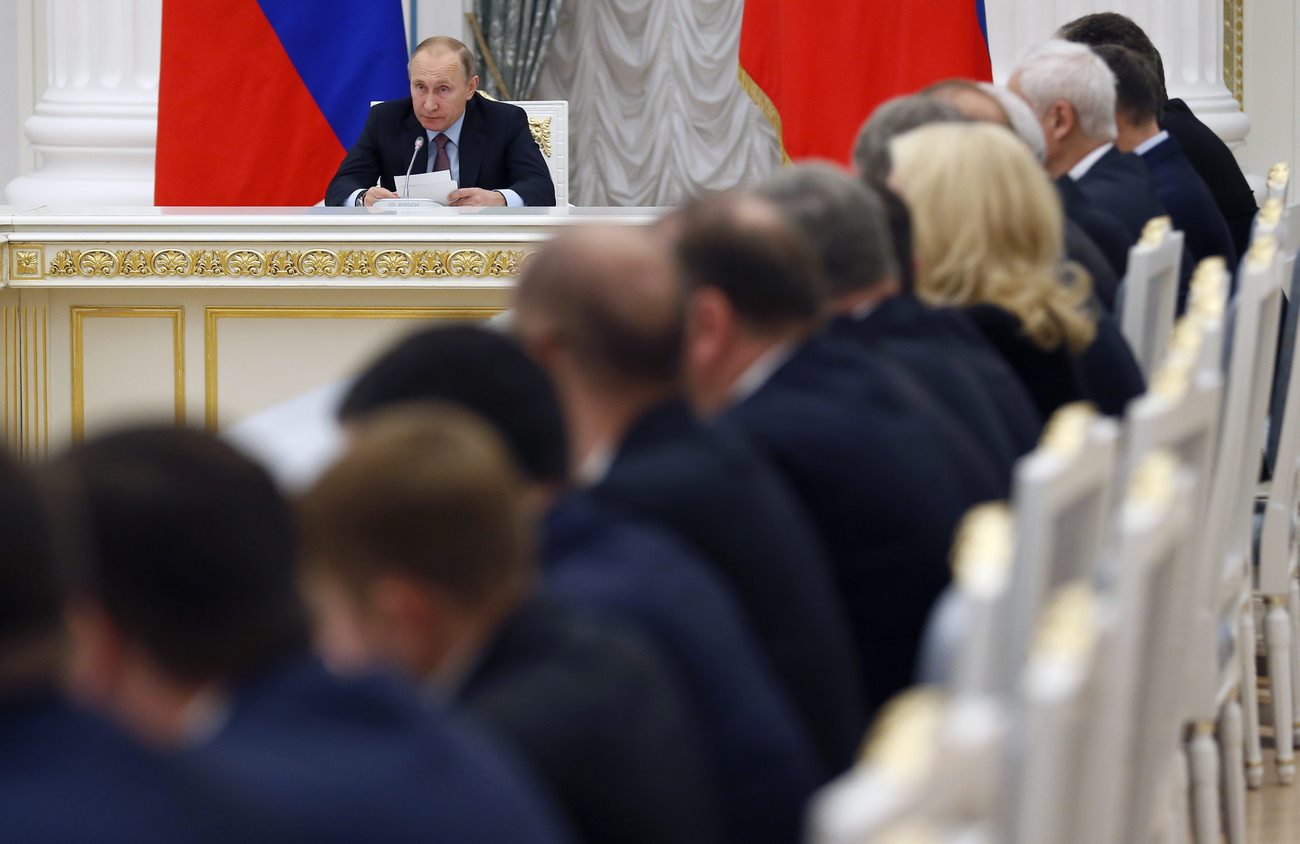 On April 27, Moscow court sentenced a former high-rank IM functionary, general Denis Sugrobov, to 22 years in prison – this was the most severe verdict passed in the contemporary history of Russia (Russia Monitor has written about it). Sugrobov was arrested in February 2014 when he was the head of IM Main Economic Security and Anti-Corruption Department. Another functionary of this unit, colonel Dmitry Zakharchenko, was also arrested and awaits trial. The investigation in his case keeps expanding with more and more people involved (see Russia Monitor). What is the link between the two cases, apart from corruption charges? Firstly, in both cases the suspects were under surveillance of FSB. Secondly, both Sugrobov and Zakharchenko were protégés of Yevgeny Shkolov, president’s assistant for personnel matters.

Shkolov belongs to the so-called Dresden group, i.e. a group of KGB officers who served in Dresden together with Vladimir Putin. The incumbent president and Shkolov met again in 2000 in Ivanovo where the latter worked at the time. The effects didn’t have to be awaited for long. First, Shkolov was promoted in Ivanovo, and in September 2002 he ended in the Kremlin. In 2004, he left Kremlin to become Transneft’s deputy. In 2006, Shkolov joined the Interior Ministry and within a year he eliminated Oleg Safanov (connected with Victor Ivanov) and replaced him as deputy minister. At that time, in 2011, Sugrobov (relative of Konstantin Chuchenko, former KGB agent and Medvedev’s man) became the head of the anticorruption structure in Interior Ministry. However, while reforming the ministry, Shkolov made enemies in many interest groups, and in 2011 he was dismissed. Putin once more offered him a helping hand. Shkolov was appointed to the management of Uralvagonozavod. Already in May 2012 he achieved spectacular success: he was named an adviser to the president in charge of personnel policy. Next two years marked the apogee of Shkolov’s influence. In 2012, he was called the number 1 unofficial member of Russian siloviki group. He was granted extensive powers to manage anticorruption policy. In fact, he was steering the Interior Ministry – he was responsible for its personnel policy.

In February 2014, the situation changed completely. Immediately after Sugborov’s arrest, media launched an information campaign targeted against him, which also hit Shkolov, his Kremlin protector. Shkolov almost disappeared from the information sphere, and his position in the nomenclature weakened dramatically. Putin forbade Shkolov to interfere with the FSB investigation. More defeats followed, including fiasco of the idea to create an Investigative Committee bringing together all law enforcement bodies in the country or failed attempt to remove prosecutor general Yury Chajka. Adding to that, Shkolov’s conflict with Sergey Ivanov, the chief of staff of presidential executive office, escalated. Shkolov also lost all the influence over personnel decisions in the Defense Ministry. Later, in the fall 2016, there came one more blow – the arrest of colonel Dmitry Zakharchenko, another of Shkolov’s protégés accused of corruption.

Shkolov protected his protégés as long as he could. It’s a known fact that already in the spring of 2013 the Main Internal Security Department in the Interior Ministry started to watch closely their colleagues from the Economic Security Department, namely Sugrobov, Kolesnikov and others. Sufficient evidence was collected to bring charges. However, an order was given from the top – “we don’t do anything about it”. At the time it was Shkolov who decided about everything in the Interior Ministry. The working group for the “case of economists” was dissolved, officials were switched between their posts, some were removed, others were threatened and asked to be silent. But one of them leaked the information – someone started to put it on the Internet, anonymously. FSB got interested in the case, more precisely its management under Oleg Feoktistov, Sugrobov’s enemy. It all ended up with arrests in Interior Ministry.