Biden welcomes Albanese among the great players. What will the relationship of the United States with Australia look like after the change of government in Canberra?

Joe Biden officially welcomed Australia’s new prime minister among the representatives of the leading nations in the Indo-Pacific. Anthony Albanese is the leader of the Australian Labor Party, which won the elections on May 21, three days before the QUAD summit in Tokyo. Despite the departure from power of the coalition of the Liberal Party and the Nationals, the direction of Australian politics is still aimed at a strong alliance with the United States. 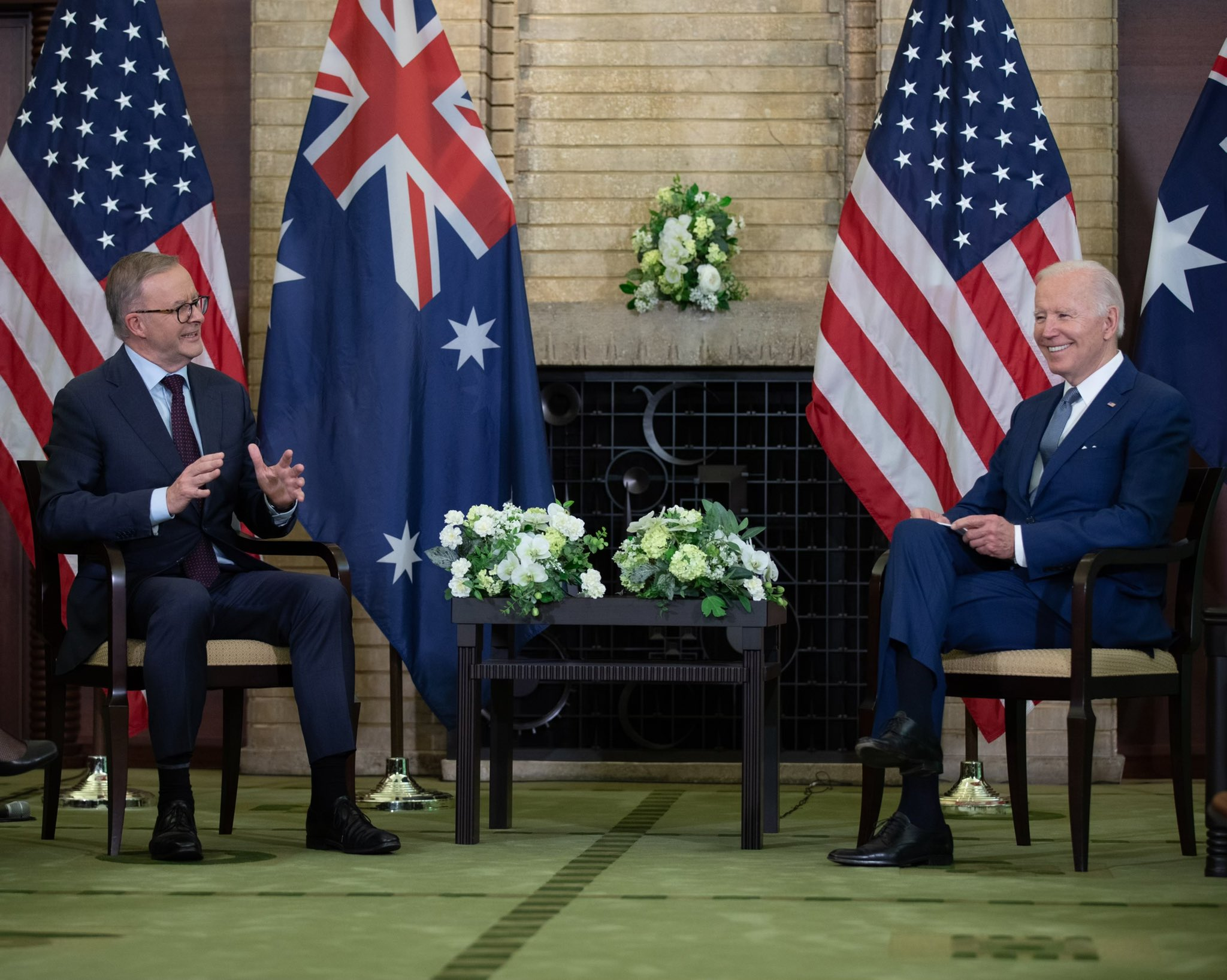 American diplomacy issued official congratulations to Australia’s new prime minister the day after the elections. US Secretary of State Antony Blinken conveyed his best wishes on the occasion of the win to the head of the Australian Labor Party, stressing that Australia is a key ally of the United States in securing peace and democracy in this region of the world.

A few days later, during the bilateral talks on the occasion of the QUAD summit, President Joe Biden himself congratulated Anthony Albanese and expressed his gratitude for the decision to go to Japan on the first day of his term in office. The way Joe Biden greeted Anthony Albanese on Tuesday suggested that the US president and Australian prime minister would get along well.

President Biden reaffirmed his continued support for, and commitment to, the United States’ multi-level cooperation with Australia. The US president also praised Australia’s decisive action to help Ukraine attacked by the Russian Federation. The leaders of both countries also agreed that constant solidarity and assistance to Ukrainians is a preventive measure to ensure that a similar event never happens in the waters of the Indo-Pacific. The official statement of the White House after this meeting also shows that politicians praised the progress of allied cooperation within AUKUS, and Albanese declared his full support for the American plan of the Indo-Pacific Economic Framework.[1]

Despite the short time since the elections, the government led by Australia’s new prime minister has proven its intention to pursue the US Pacific strategy. At a time when China entered into a partnership with the Solomon Islands that could significantly strengthen China’s economic and military presence in the region, new head of Australian diplomacy Penny Wong traveled to Fiji to meet Prime Minister Frank Bainimaram. New Foreign Minister has promised to treat the Pacific island nations with respect and pledged decisive action to curb China’s recent actions in response to its attempts to increase its influence on the region’s economy and security.

It’s no secret that the Anthony Albanese political camp publicly criticized the previous administration for allowing China to expand its influence in the South Pacific region. According to the announcements of the new government in Canberra, Australia will significantly contribute to the realization of American interests in the region. This includes an increase in spending by $ 500 million for climate purposes. Anthony Albanese was also one of the initiators of QUAD’s new alliance efforts to curb China’s illegal fishing.

Penny Wong’s visit to Fiji is fully coordinated with the actions of American politicians responsible for this region of the world. As reported by the Financial Times, Kurt Campbell, a leading US White House official dealing with Indo-Pacific affairs, visited the region last month. Campbell also had a video interview with Bainiramama to discuss increased security and economic deals.[2]

As reported by Al Jazeera, as a result of increased diplomatic engagement by the United States and Australia, Chinese Foreign Minister Wang Yi and his counterparts from 10 Pacific island nations did not reach consensus during talks on a wide-ranging security and trade agreement due to concerns that the proposal could “threaten regional stability”.[3] This fact can be regarded in part as one of the first fruits of collaboration between the new Australian government and the Joe Biden administration.

The continuation of allied cooperation activities with the United States and Great Britain and the decisive participation of representatives of the new Australian government in the QUAD summit is a visible symbol of Albanese’s desire to strengthen allied relations as part of initiatives aimed at ensuring security and economic diversification in the Indo-Pacific region. These goals fully coincide with those of the Joe Biden administration, which has made it his goal to continue and develop the doctrine of “Pivot to Asia” initiated by his own party representative, Hillary Rodham Clinton.