The Baltic Fund – A New Idea for the Region

The establishment of the Baltic Fund is a proposal of a strategic move of the Polish state towards the northern direction – initially towards the Baltic States (Lithuania, Latvia and Estonia) and then towards the Nordic countries (Denmark, Finland, Sweden and Norway). Thanks to the new institution, modelled on the International Visegrad Fund, it will be possible to increase cooperation between Poland and the Baltic Sea countries in the areas of security, economy, energy and civil society. The initiator and originator of this geopolitical project is the Warsaw Institute, a think tank based in Poland. 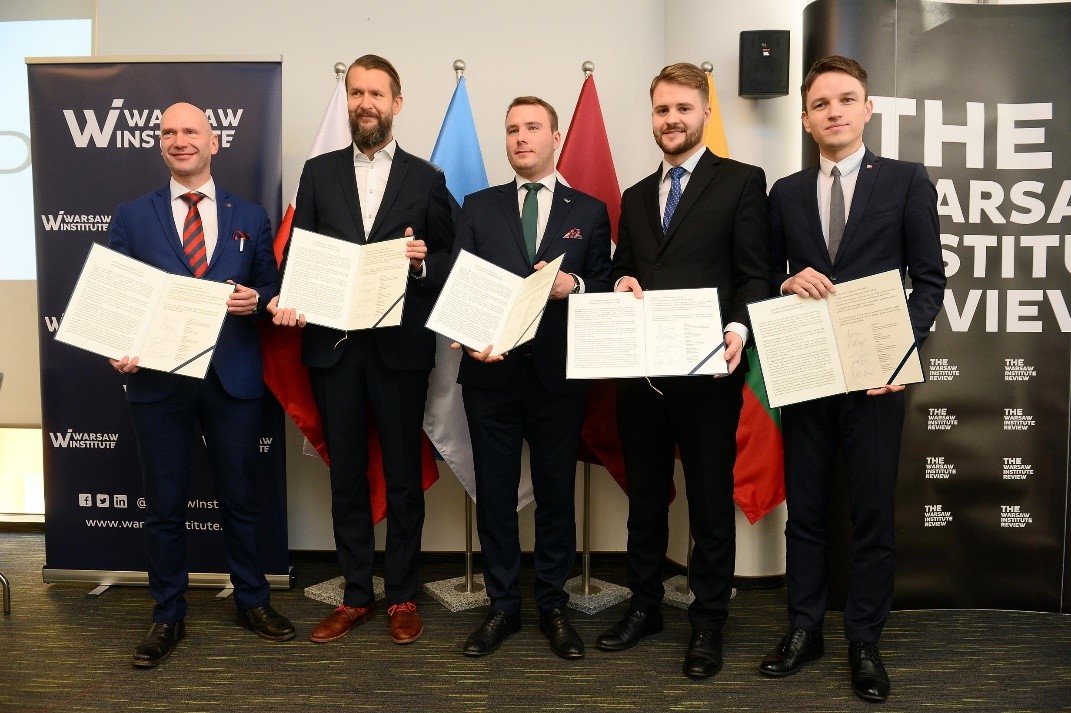 
Of the significant cooperation organisations operating in the Baltic Sea region, Poland belongs to NATO, the European Union and the Council of the Baltic Sea States (CBSS). In the context of the current geopolitical situation (Russia’s aggressive policy), these formats may, however, seem insufficient. In particular, it should be highlighted that Russia, whose interests pursued in the region and in Europe pose the greatest threat to the stability of the Baltic Sea countries, including Poland, plays a major role within the CBSS.
Apart from participating in several regional organisations, Poland also cooperates in the spheres of economy, culture and defence on a bilateral basis with individual countries. Such strategic economic cooperation is best evidenced by the Rail Baltica project (a high-speed railway line intended to connect Helsinki with Berlin). As regards the defence sphere, Poland has been implementing joint military projects together with Lithuania (e.g. the Lithuanian-Polish-Ukrainian Brigade, or LITPOLUKRBRIG), whereas the cooperation with the Nordic countries, apart from projects carried out under the auspices of NATO, is mainly based on the purchase of military equipment. However, there is a lack of real partnership and cooperation that goes beyond purely economic benefits.
In order to pursue its regional security interests as well as economic interests, Poland should take the initiative to regulate cooperation at the regional level, and not rely solely on mechanisms of bilateral cooperation with individual countries. The proposed format is likely to succeed due to the growing awareness of the Baltic Sea countries of the scale of the Russian threat. It should complement the current cooperation within NATO and the Nordic-Baltic Eight (Poland is not a member of the NB8), while at the same time providing an alternative to the CBSS, which includes, among others, Russia, which, naturally, contradicts the interests of the Russia-bordering countries. This initiative could not only give both new impetus and shape to regional relations, but also become a tool for cooperation with neutral Sweden and Finland.
At present, the Polish state is implementing ambitious geopolitical concepts in a broader format – this primarily concerns the development of the Three Seas Initiative and the deepening of cooperation within the military format known as the Bucharest Nine (B9). The Baltic States also participate in these initiatives, however, it needs to be emphasised that the scale of the above-mentioned projects is much greater. Nonetheless, some of the goals pursued by both the Three Seas Initiative and the B9 group converge with the current needs for regional cooperation in the northern direction, and especially in the Baltic direction.

Such a format of regional cooperation could be implemented within the framework of a new institution, namely, the Baltic Fund, which would resemble the already existing International Visegrad Fund. The purpose of the new entity would be to strengthen expert and civic cooperation between Estonia, Latvia, Lithuania and Poland, and, in the long-term perspective, to incorporate Denmark, Finland, Norway and Sweden into the initiative. Thanks to the Baltic Fund, it will be possible to deepen regional cooperation in the fields of security, economy, energy and civil society. The Baltic Fund will facilitate an increase in social capital, understood in terms of knowledge as well as structural and interpersonal relations, and improve both the image and importance of the Baltic Sea region in Europe and worldwide, while playing a fundamental role in reinforcing the sense of regional community and enhancing security in the Baltic Sea region. The Baltic Fund initiative may be of key importance for the region’s current geopolitical situation as well as for the further development of wide-ranging cooperation in the areas of politics, military and economy in the Baltic Sea region.
Solution
Bearing in mind the current challenges for Poland in the northern direction, and especially, in the Baltic direction, in 2018, the Warsaw Institute made an attempt to develop a new policy framework for the Polish state on these issues. After several months of conceptual work and consultations with foreign partners, it was possible to submit the official concept of the Baltic Fund to the authorities of Estonia, Lithuania, Latvia and Poland. Representatives of the International Centre for Defence and Security (Estonia), the Baltic Security Foundation (Latvia), the Eastern Europe Studies Centre (Lithuania) and the Memel Institute (Lithuania) took part in the work on the Baltic Fund concept, led by the Warsaw Institute (Poland).
The result of several months of cooperation is a cohesive project aimed at establishing a new institution, that is, the Baltic Fund, which will strengthen the social dimension and expert potential in the region. The institution should seek to develop regional cooperation in the areas of security, economy, energy and civil society. The authors of the concept propose that within the new institution, which would be granted diplomatic status and supervised by the Council of Ambassadors, it will be possible to support expert and social initiatives that are key to furthering cooperation in the region. Through the proposed grant programmes (small up to EUR 6,000 and strategic up to EUR 50,000), dedicated scholarships (up to EUR 600 per month) and a permanent programme (the Baltic Security Studies), the Baltic Fund will be able to support research and analytical centres, think tanks, scientific and academic centres, secondary schools, local government units, non-governmental and watchdog organisations as well as students and doctoral students directly.
For the above concept to be implemented, it is necessary that the governments of Estonia, Lithuania, Latvia and Poland take the initiative and establish an appropriate platform for cooperation at the political level. This will allow for a smooth implementation of the new entity, which is to be the result of the activity of such a political format. At present, Poland does not have effective mechanisms for direct regional cooperation with the Baltic States. The Baltic Fund may be the solution.

Author:
Krzysztof Kamiński – President of the Board of the Warsaw Institute. Mr Kamiński graduated from the University of Warsaw (Internal Security) and completed a course in the Institute of World Politics in Washington, D.C. He gained his professional experience in the energy sector. 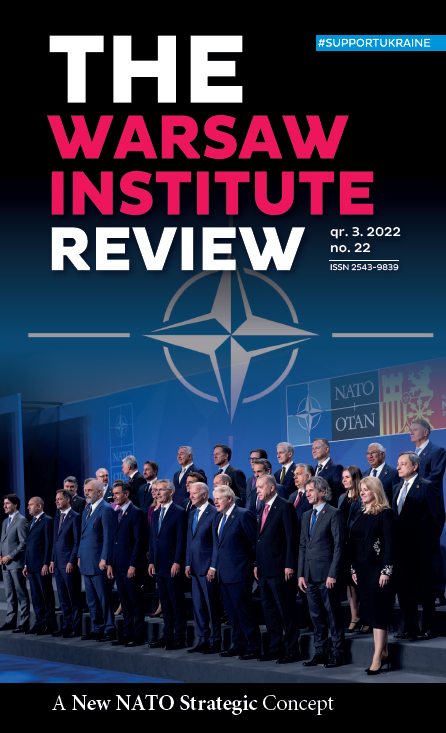