Who should be afraid of Russian jihadists?

More and more signals are coming from Moscow about the end of the war in Syria and the withdrawal of most Russian military assets from that country. Despite the fact that the end of the conflict is still to come, it is worth paying attention to a problem of the Russians fighting on the side of the so-called “Islamic State”. The ultimate collapse of this organisation increases the risk of a mass return of Russian jihadists to the country. This, in turn, can mean huge problems for Russia’s security. However, the regime maintains far-reaching moderation in assessing the risks. It may be due to the fact that the Russian services have infiltrated the environment in an incomparably higher degree than the Western services. 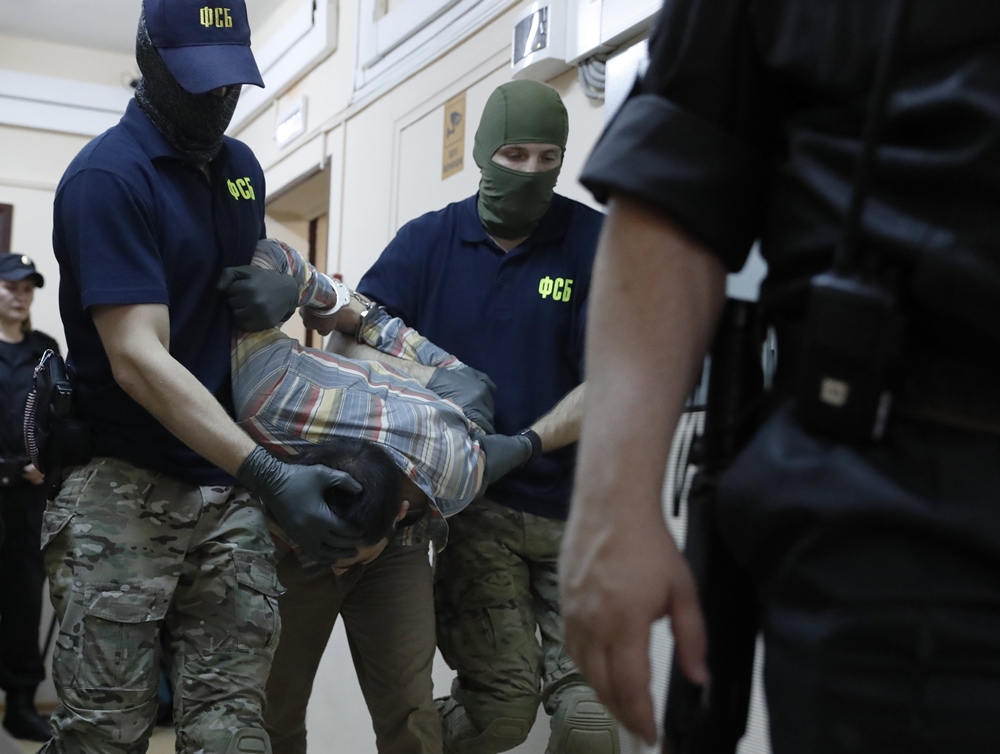 According to a report published by the US-based Soufan Group, there are 3,400 Russians fighting in the ranks of the Islamic State (the IS).This is the largest group, as far as the place of origin is concerned, just before Saudi Arabia and Jordan. Tunisia holds the fourth place and France the fifth. Earlier this year, Vladimir Putin mentioned in a television interview that there were about 4,000 Russians fighting in the ranks of the IS, and if one takes into account the entire former Soviet Union there were nearly 10, 000 of them. The ultimate collapse of the IS in Syria will force many of them to return to their homeland. However, it seems as if Moscow has sufficient means to control most of this inflow. The reason is that, for the last few years, it has been implementing the actual policy of “exporting” its home-bred Islamists to Syria and Iraq.

As early as 2011, the FSB began organising safe transport routes for Islamic rebels from the North Caucasus to Syria, mainly through Turkey. It is known that Russian agents under cover or by using uninformed intermediaries, not only encouraged the “Islamic element” to travel to the Middle East, but even assisted them logistically in doing so, providing, for example, necessary documents. Such policy served not only for the removal of potential terrorists from their own territory (here attention should be drawn to the relationship between the intensity of the Syrian war and the intensity of rebellion in the Caucasus), but also for the construction of an agent network in the ranks of the Islamists in Syria. The Russians, especially those from the North Caucasus, turned out to be the most valuable “soldiers” of the self-proclaimed caliphate. It is quite probable that some of them were promoted to commanding ranks in the IS.

Strengthening the so-called “Islamic State” served the long-term goals of the Russian policy. It justified the decision to send troops to Syria, which helped Assad to tip the scales of the war in his favour. The radicalisation of the Syrian-regime opposition camp also affected the reduction of international coalition support for the rebellion. It should also be highlighted that the IS is primarily a terrorist threat to the West, whose destabilisation is favourable for Moscow. At a time when there were many bloody attacks in Europe in the name of the IS, Russia might have been seen as an oasis of calm. Of course, the FSB took care of obliterating this impression: hence, especially recently, news of the elimination of another terrorist plot appears in the media from time to time. This implies that Russia is just as much of a target for jihadists as the West is. However, the Russian services are way more effective than their European colleagues. Of course, the return of the veterans from Syria will increase the real risk of attacks in Russia, but it still will be incomparably smaller than it is in Europe, because “by exporting” Islamists to Syria over the past few years, the FSB has taken care of placing many of its agents and informants among them.