30 Years after the Revolution the Guilty Have Not Been Judged

The year 1989 is symbolic for many countries of the Central and Eastern Europe. The communist system was collapsing. What was surprising, this process was happening in a peaceful manner. Romania was an exception as there the change in power resulted from a bloody revolution. 29 years later, the guilty of the death of over a thousand people have not been judged yet. 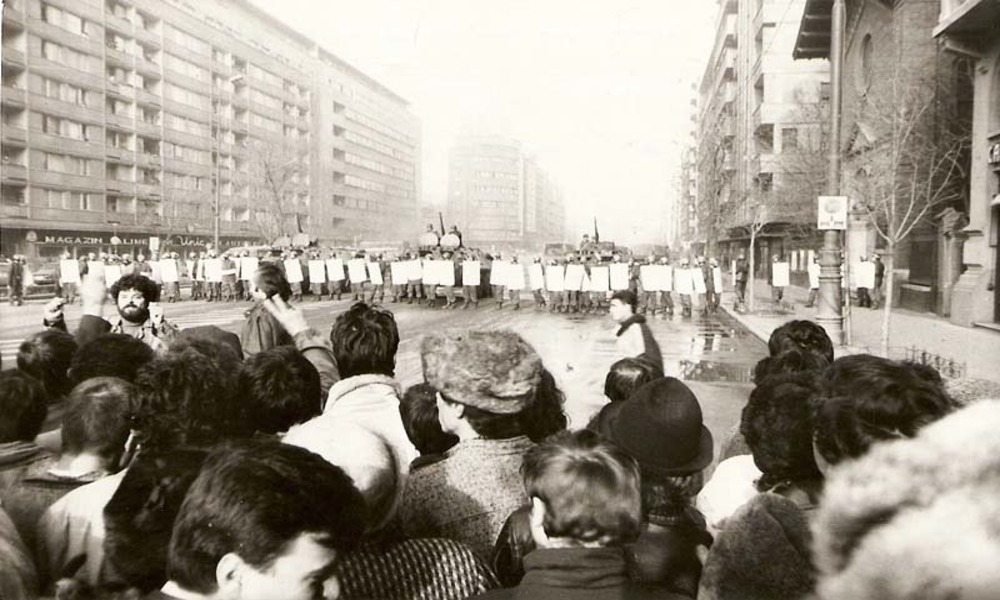 In the communist times, Romania was a country isolated from the rest of the world and this is why the rebellion of the society happened there relatively late. The first revolt against authorities happened in 1987 in Brașov. A local tractor factory workers protested against the reduction in their salaries. Their march, which ended in trashing the party’s headquarters was being spontaneously joined by city dwellers. The protest was suppressed and the authorities prevented information about it from entering the public opinion.

The first protest in 1989 took place on December 14 in Iași but the authorities managed to arrest its organisers. A day later, a demonstration was held by Hungarians from Timişoara who defended pastor László Tőkés who was to be punitively transferred to another parish. The protest evolved into a mass demonstration. To suppress it, the authorities used the police and Securitate forces. Almost 60 people were killed, but the resistance was not broken. Moreover, the wave of protests spread to the whole country.

On December 21, Nicolae Ceauşescu made his last, as it turned out later, speech which was interrupted by a furious crowd. The dictator and his wife run away by a chopper, but soon they were captured. The couple was judged in the hurried process and shot. The power was taken over by recent party colleagues of Ceauşescu with Ion Iliescu ahead, who under the name of the National Salvation Front started turning socialist Romania into a democratic country.

Currently, it is assumed that the mid-level party activists and the army led to the abolishment of the dictator by using the spontaneous manifestations of the outraged society. In 1989 Ion Iliescu became a President of Romania and was occupying this position until 1996 and also in 2000-2004. Only in 2017, the Prosecutor’s Office accused him together with several other people of crime against humanity, but the case concerns suppressing anti-government protests in 1990.

During the 29 anniversary of the revolution this year, current President Klaus Iohannis drew attention to this fact. During his speech, he ascertained that he would be lobbying for searching for the truth about events from December 1989 and punishment for people guilty of these crimes. According to official data, there were over 1100 victims of struggles which were taking place in many places in the country, mainly in Timișoara and later in Bucharest. Even now, the Romanian society is divided in the matter of these events. Some people believe in a spontaneous resistance against the communist authorities, the others are convinced that all events from December 1989 were carefully planned by people from the environment of Ion Iliescu.