PM Dăncilă and US Ambassador Hans Klemm Met in Bucharest

Early this week, PM Viorica Dăncilă had the first official meeting with the US Ambassador to Bucharest, HE Mr. Hans Klemm. The two officials discussed about the lift of visas for Romanians traveling to the US, Romania’s candidacy to OECD and the US-Romania strategic partnership. According to the PM, Romania will further expand the existing mutual collaboration, in terms of foreign policy and security and intends to become a weapons producer for the entire region. 2% of GDP will continue to be allocated for defense. 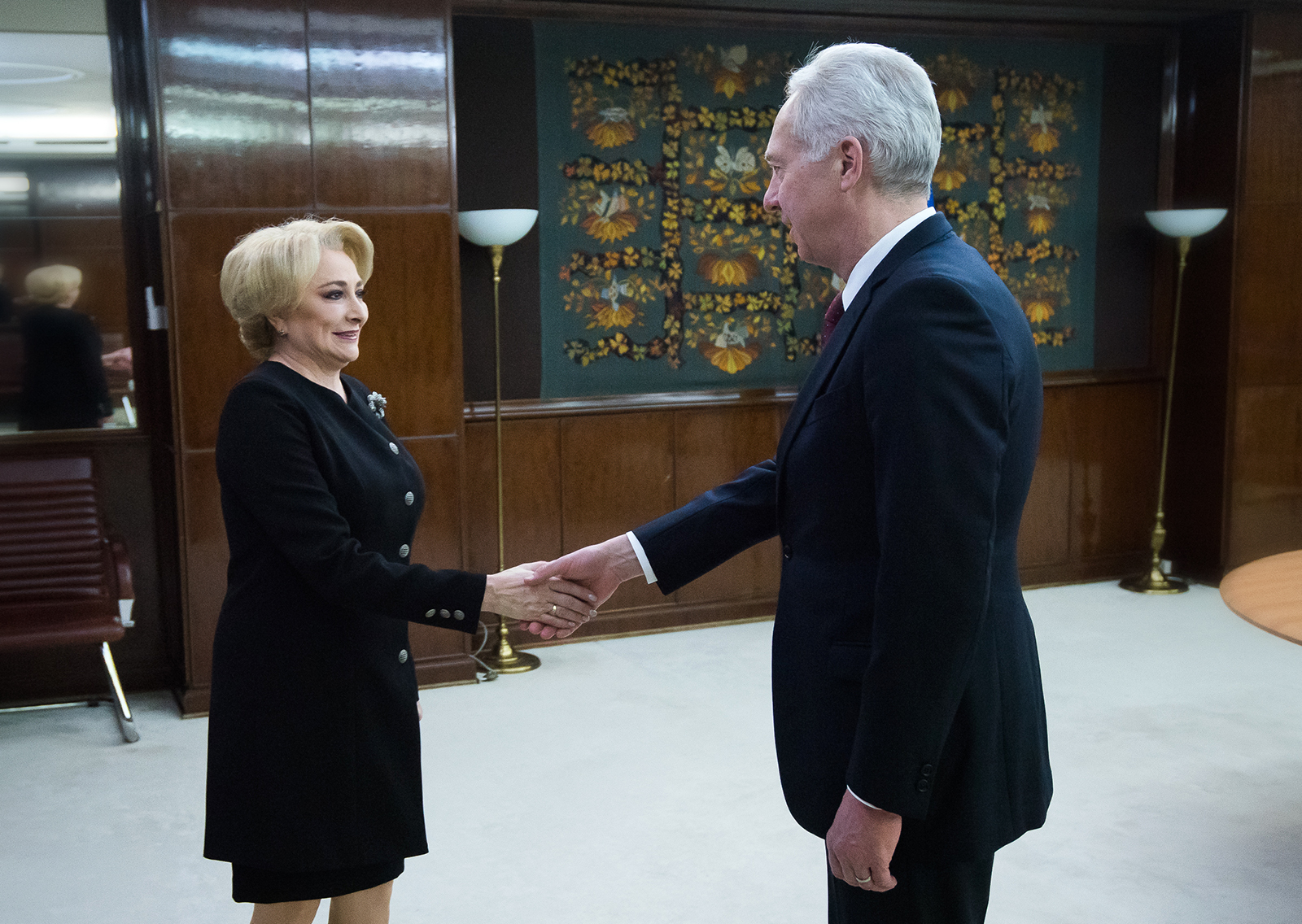 “It was a very good meeting, a punctual one, we talked about OECD, about visas, about US investors in Romania. We reassureed the American counterpart about maintaining the 2% defense percentage“, Viorica Dăncilă said at the end of the visit.

As stated in the official press release of the Romanian Government, the Romanian PM “approached the discussion on the prospects of eliminating the requirement for short-stay visas for Romanian citizens traveling to the USA, by including Romania in the Visa Waiver Program” and stressed the „significant increase of resources allocated by Romania to the endowment of the armed forces and the enhancement of their capabilities, expressing the belief that procurement programs will play an important role in the Strategic Partnership and will produce effects in terms of security and economic cooperation”.

Based on the same official information, HE Hans Klemm expressed his conviction to continue the positive dynamics of the bilateral relation and to continue the dialogue with the Romanian institutions in order to implement the joint projects. Moreover, the US Ambassador emphasiezed the opportunities offered by the Strategic Partnership, in terms of promoting the values and interests of two partners.

The long debated Romania’s new justice law was one of the topics discussed at the meeting. The information was confirmed to the Romanian media by the US Embassy, although the Government’s official press release did not mention anything about it. Strongly asked by journalists if the discussion included certain aspects related with the Romanain juridical reform, the head of the government avoided a response. The United States have repeatedly sent messages to support the rule of law and the anti-corruption fight in Romania. The last such communication was made public at the end of last year, when the State Department expressed its concerns regarding the changes to the laws of justice which could undermine the fight against corruption and could weaken the judicial independence of Romania.